An epic, soaking wet journey in the Cobra!

We finally arrived home in the UK last night in our Cobra, soaking wet and bloody cold! We did 1,661 miles, more than half of which was in really bad weather.

The first part of the drive, through Spain, was very good, in hot temperatures under blue skies. Then it all went wrong. Due to a faulty connection on the alternator, the battery wasn’t being charged properly and as the power dropped, the fuel pump cut out, leaving us stranded in the pouring rain, with no roof on the car, on a motorway, just 15 minutes away from getting our ferry back to Portsmouth from Northern Spain. Bugger!

After that, all subsequent ferries were cancelled due to the bad weather, or full, and we ended up having to drive through France in miserable weather to get a ferry from St Malo. Not normally a problem, this was a huge issue in a car with no roof – I don’t mean a convertible, I mean no roof whatsoever, which is no fun in the rain. The bad connection on the alternator turned out to be the alternator had a quickly failing terminal disease and another stop at another garage confirmed it was a specialist alternator and yes, they could get one in 4 or 5 days. We decided to drive on anyway, charging the battery whenever we could, so we could keep driving.

We got into Portsmouth last night in heavy rain and started driving on sidelights only in terrible spray, only turning on the wipers every few minutes in an attempt to preserve what little power was left in the battery. I really didn’t want to break down at the roadside in pouring rain, so headlights were out of the question. At least keeping moving causes most of the rain to get blown over the top of the car (okay it then blows backwards into the cockpit so our backs were pretty wet) and somehow, we made it back in 2.5 hours of hell. People were waving and honking their horns at us in support, but most were probably thinking we were crazy, which of course we were. I was wearing my Harley-Davidson motorcycle waterproofs and Jackie had the car cover over her to keep some of the water off.

Our son Jeremy had put up the gazebo so we could park the car on the drive under cover, but the wind was blowing it away, resulting in us having to tie it down. Anyway, we got home safely and a warming cuppa soon sorted us out, with clothes and gear dripping everywhere in the house. What a journey it had been, driving as we did from near Gibraltar in southern Spain, all the way to near London in the UK, in some of the worse weather I have seen. Madness!

Many thanks to Jackie for once again being a real trooper. She hates the cold and went the whole journey without a single complaint – I am so lucky to have her as a wife! Next time, let’s hope for better weather!

Driving our Cobra across Spain

Filmed a couple of days ago, this is Jackie and I driving our AC Cobra replica across Spain. The sun was shining and the roads (almost) clear so we made good time and had a lot of fun.....


Work on my custom bike, called Amelia, continues. Now only a week until final assembly is complete, here are a few pictures taken over the past few weeks....

Engraving of all of the parts is now complete.... 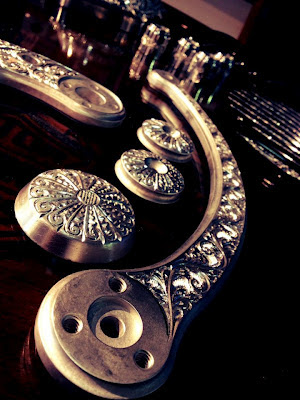 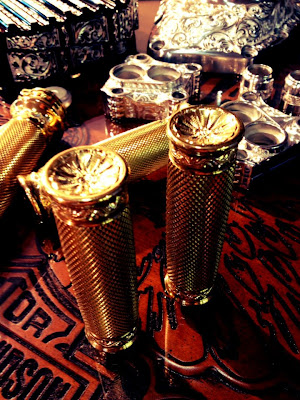 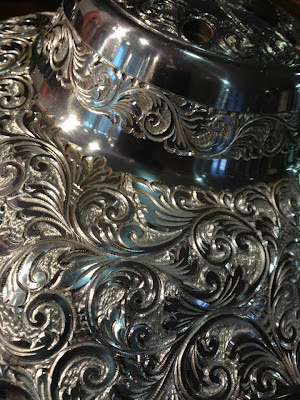 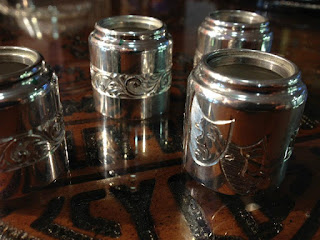 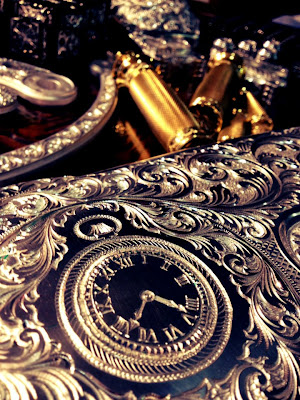 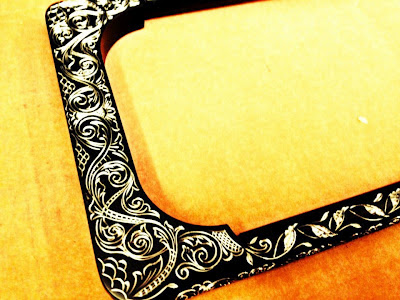 The build is complete. Here are a few partial pictures.... 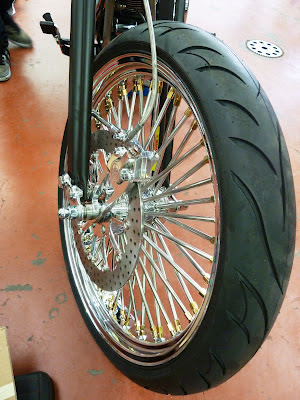 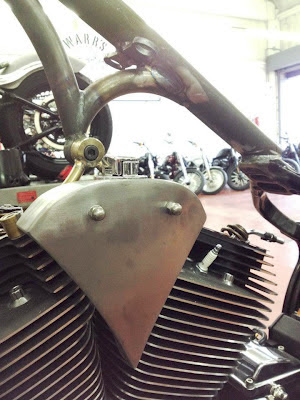 The bike was then dismantled and all parts are now being painted or chromed... 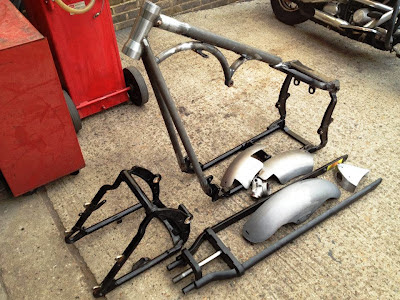 Parts in the paint booth.... 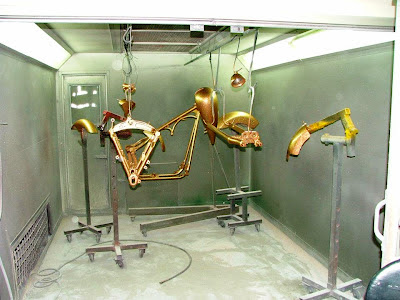 In just six days, I should be able to ride the bike. I can’t wait!
Posted by Gary France 13 comments:

Okay folks, it is time I surfaced for a little while, at least long enough to give you an update on why I have been so quiet recently. I has been about three weeks since my last post and that is bad of me. Very bad indeed.

The main reason for my blogging absence is writing of my book. I am way behind schedule now and I have been concentrating on finishing writing the main chapters, which I have now done. Yeah! I went to twenty-seven different states on my USA tour and I have now written a chapter about all of them, from Maine to California. It feels like quite an accomplishment, but I know that I am not there yet. I have yet to write the introduction, the chapter about planning the trip and the final chapter about getting back home.

I was hoping to have everything written before the start of the 2012 riding season, but I have missed that. So it is now flat out to get the last of the words written before I ride to Portugal in seven weeks time. Gulp.

The first round of editing has been done to many of the main chapters, all of the pictures sorted and made ready, most of the maps are drawn, the cover is almost finished and the printer is lined up. I feel the end is in sight, but I am going to keep concentrating on getting everything finished. Publication date is targeted for October 1st and there is a lot to do to achieve this.

So, my blogging friends, I have had to forsake posting new stuff on my blog as well as reading what others have been blogging about. Hopefully, normal service will be resumed soon!