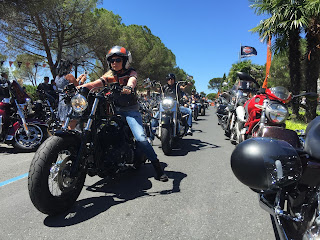 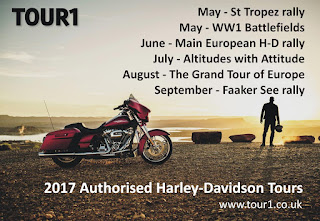 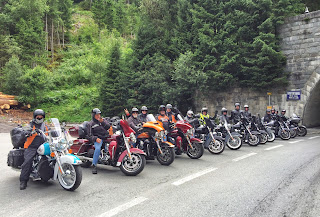 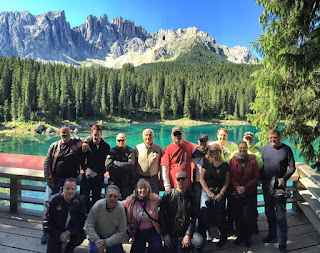 So, a one-way tour allows people to ride across Europe for six days, on fantastic roads, stay in good quality hotels, then spend 3 days at a Harley-Davidson rally, and then be back home on the Sunday night, ready for work the next day.  What’s not to love!  www.tour1.co.uk
Posted by Gary France 4 comments: