He’s a talented motorcycle artist – and now I go behind the canvas to discover more.

I met a young artist called Albie Espinola last month and was blown away by his work. He is concentrating on painting riders and their motorcycles and he creates pictures that are very impressive.

I chatted with him and learnt how he has turned his dream into reality.

Aside from Albie’s artistic abilities – he’s also a dab hand with videography, as he creates time-lapse films of himself painting his works. Here are a couple of his paintings and some of you may recognise the rider and bike in the second video:

Born in London, Albie has been painting since he was a child. Now in his early thirties, his love for painting has led him to leave his job so he can pursue his dreams as an artist. Albie says: “Logically it’s a crazy thing to do, to leave a job but in my illogical mind, it makes perfect sense. I have brought two of my life’s passions together, motorcycles and painting, and now I’m working towards making a living out of selling my artwork."

There are seven layers of paint in an Albie Espinola painting. He tells me the basic composition is done using two layers of Gesso paint. A light wash of colour is then painted over the dried Gesso where he then uses 3 layers of oil paints to bring the painting to life. Each painting can take 4 to 5 days each to complete. 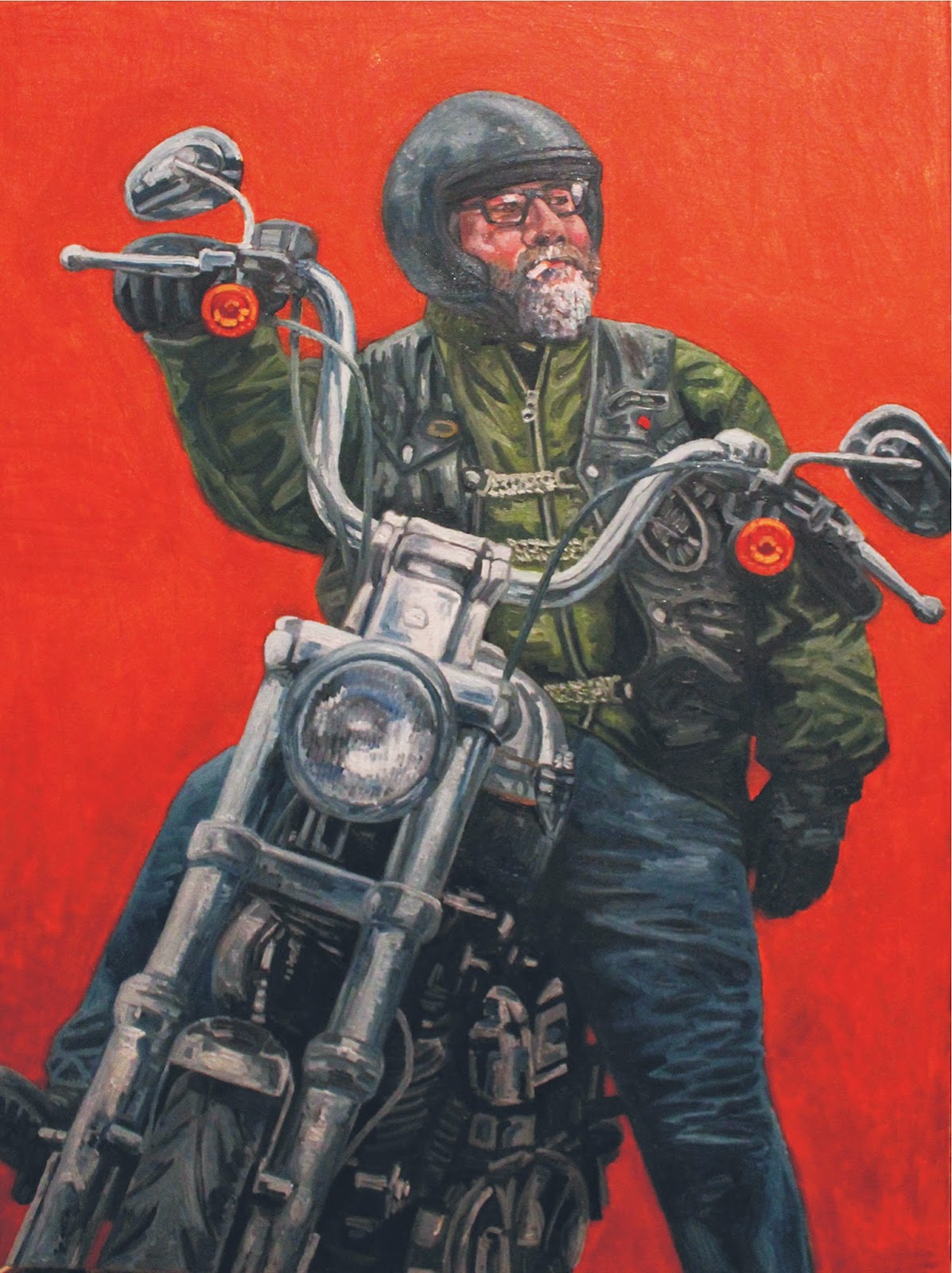 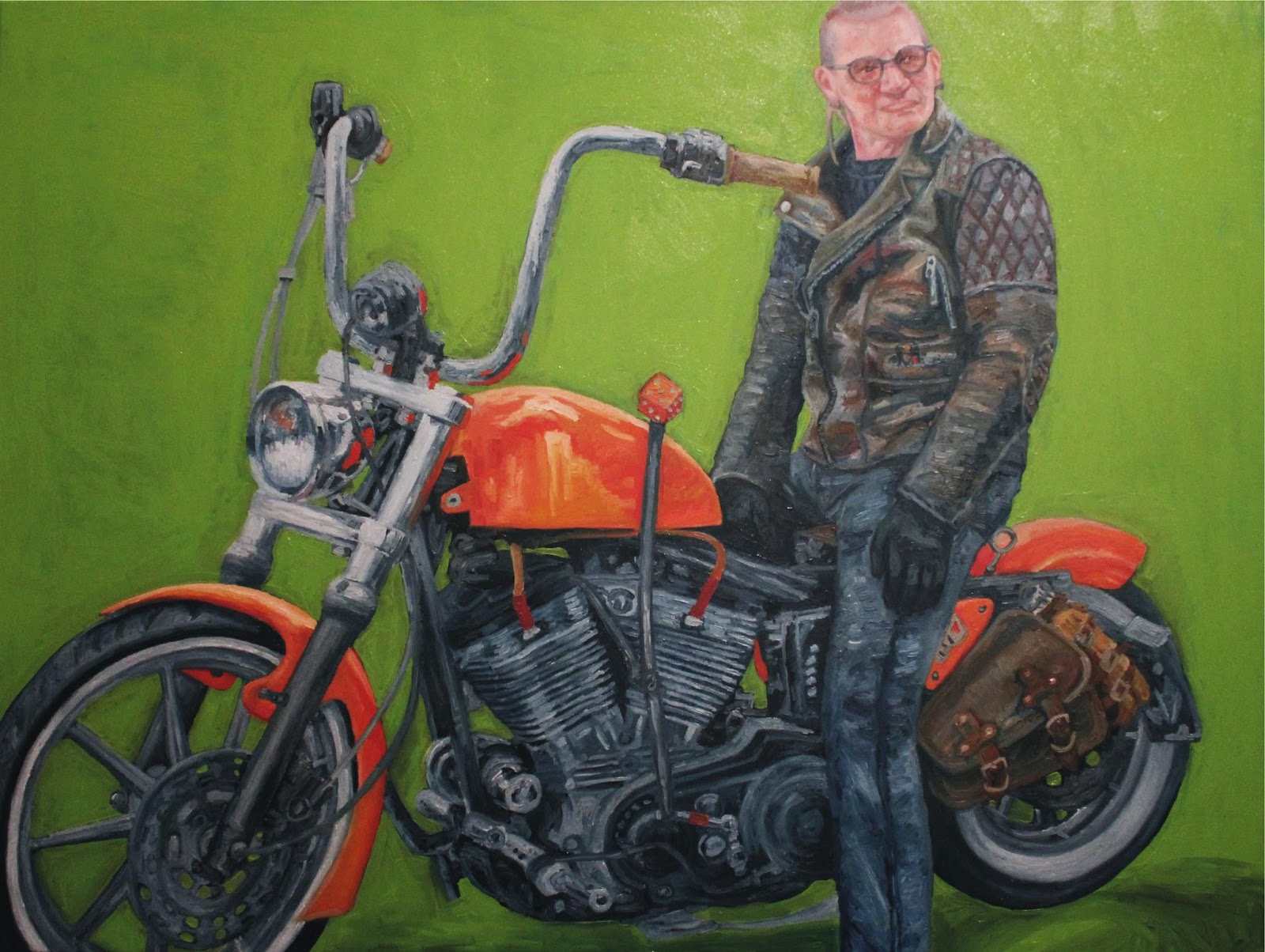 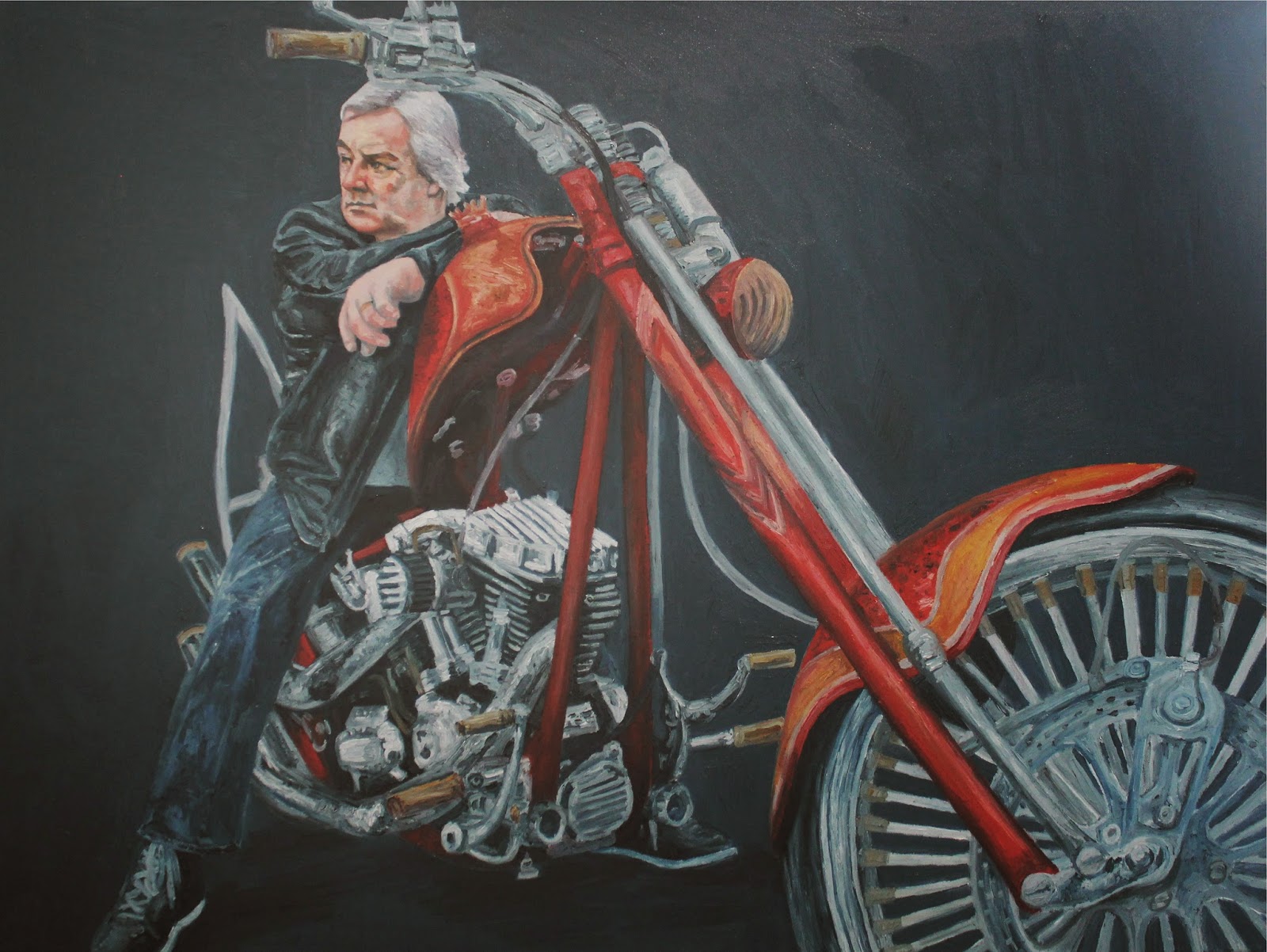 Albie currently rides a custom Harley-Davidson Sportster. He started riding on a Vespa ten years ago and then fell in love with riding motorcycles.

He found inspiration to paint motorcycles when he saw the work of Dave Mann, the California-based artist, who celebrated motorcycles and the biker lifestyle through his paintings. Albie wants to do the same. He says: “I love the narratives in Dave Mann’s pictures. People designed bikes based on his art and to me, that’s incredible.”

I predict Albie will become a famous motorcycle artist, so get in quick to get your own custom made painting. Before he puts paintbrush to canvas Albie personally meets with each of his clients, so he can get to you and your bike. He takes photos of you and explores how you want to be portrayed in your painting. He can travel to anywhere in the UK and hopes to make regular trips to the U.S. to paint.

Please visit www.albieespinola.co.uk to find out more about Albie and his artwork.  I predict he will become a very well-known artist.
Posted by Gary France 18 comments:

Can You Go Touring on a Chopper?


This is a question I have heard people discussing recently, plus they were saying choppers look uncomfortable and are torture to ride.  I thought I would write about my views.

Yes, of course you can go touring on a chopper, if you build your chopper correctly. You have to think about suspension, handling, handlebar height and how to carry your gear, but it can be done.

Here is a chopper that has won a few custom bike shows. You couldn’t go touring on that show queen, could you!

Well, yes you can. This bike has been ridden from London in the UK, to the south of Portugal, to St Tropez in southern France and right across the Alps mountains (including Stelvio Pass and Grossglockner Pass) all the way to the Harley-Davidson Rally in Rome, and back again. I know, because I rode it to those places.

This is my custom chopper and the bike was built specifically to go touring on. This is how we did it.

Below is a picture of how the bike started out.  It was a  second-hand Harley-Davidson FXSTC softail. From this bike, we only kept part of the frame and the lower half of the engine.

We did these things…..

Here are some build pictures…. 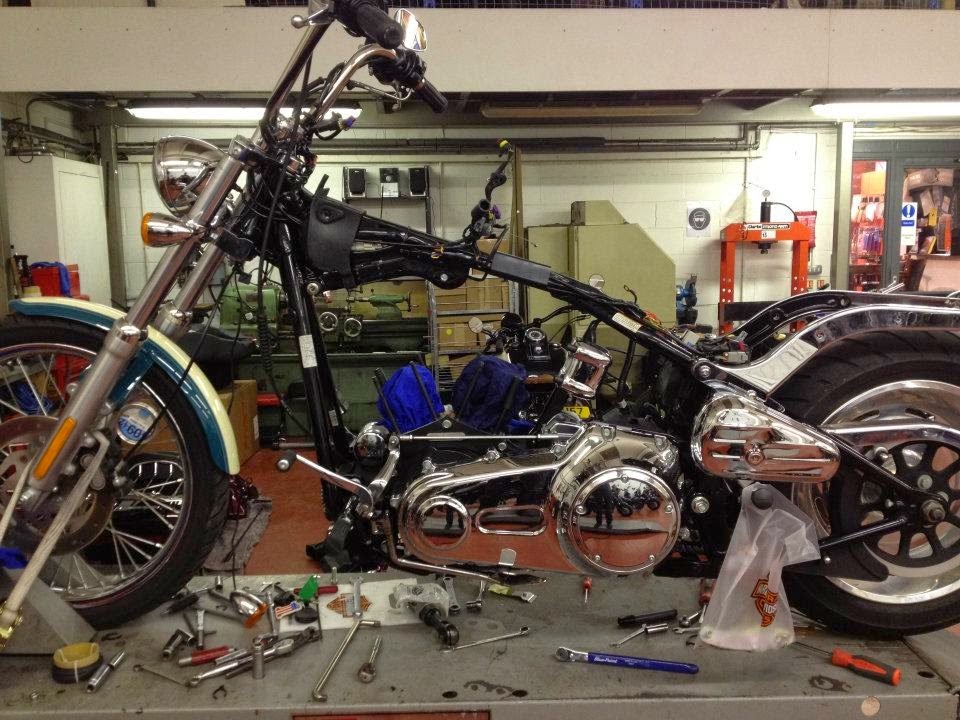 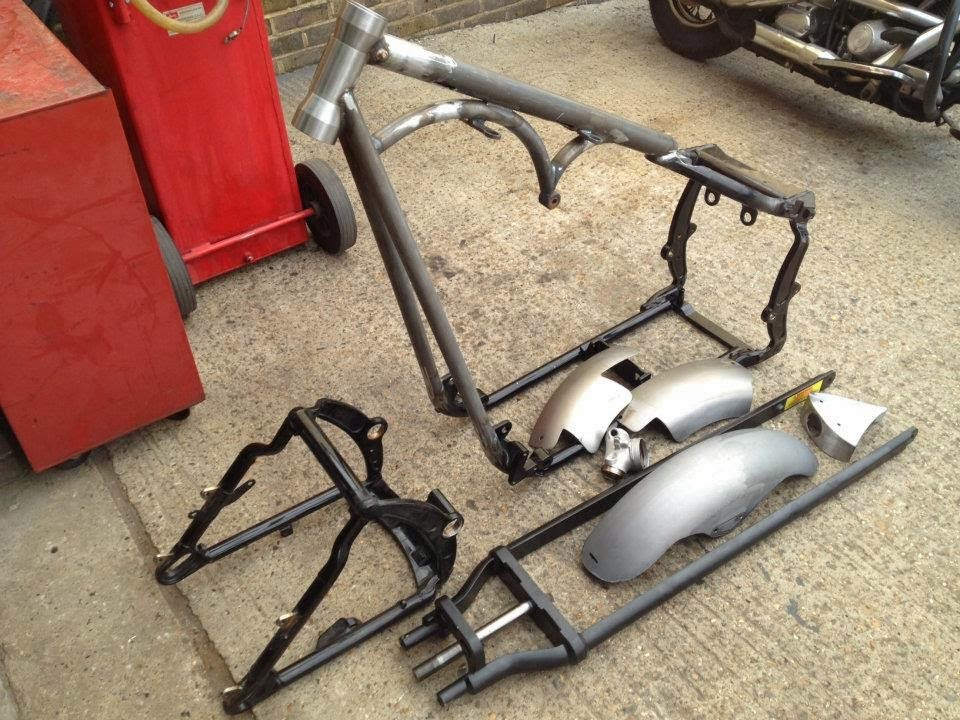 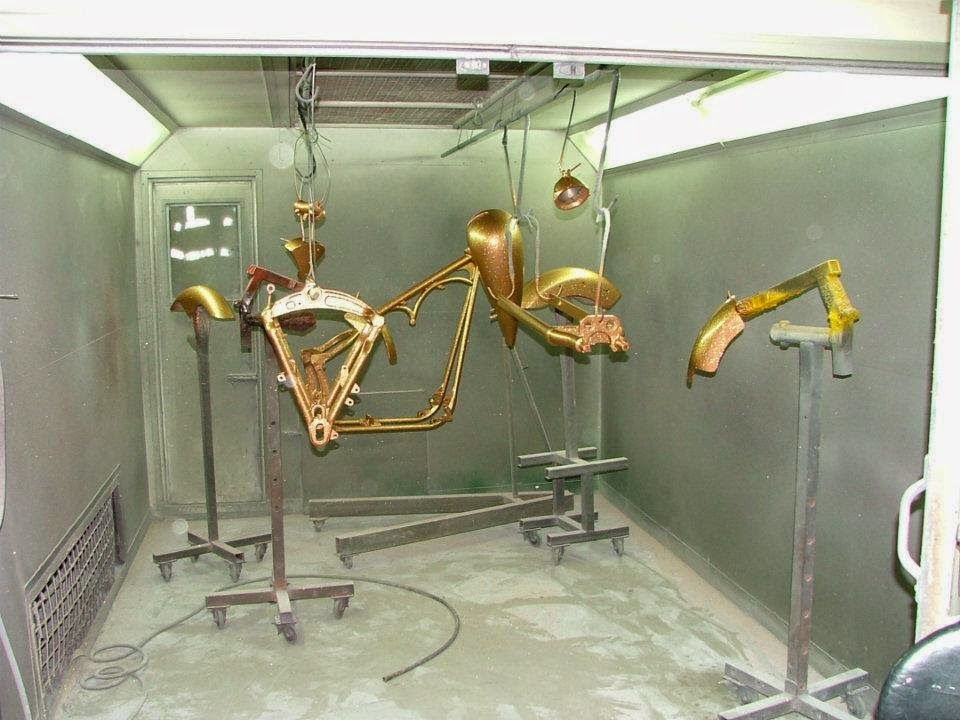 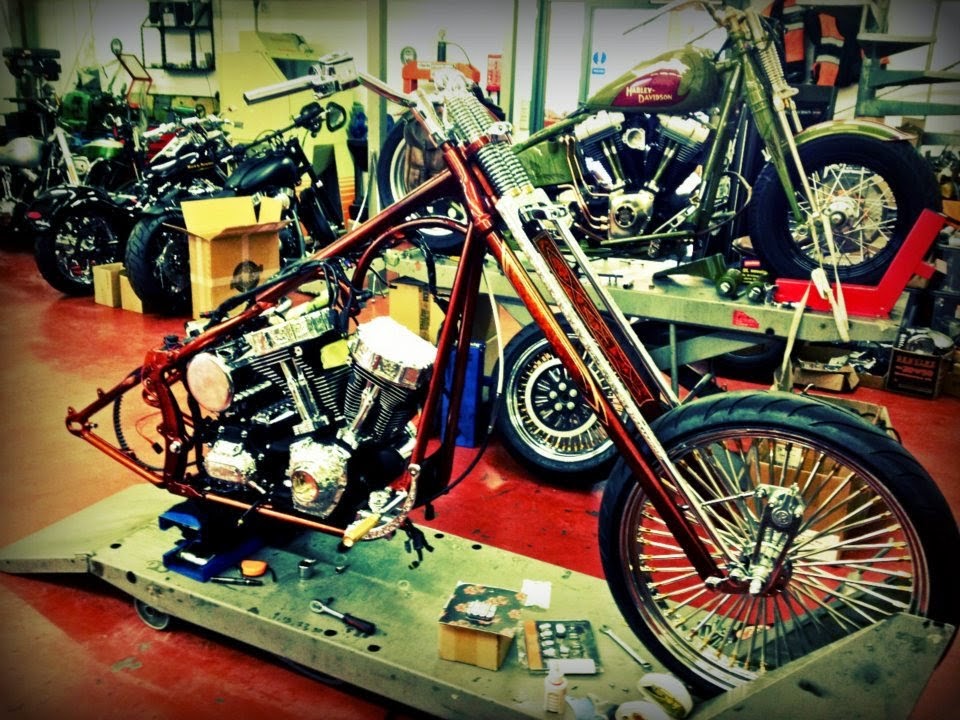 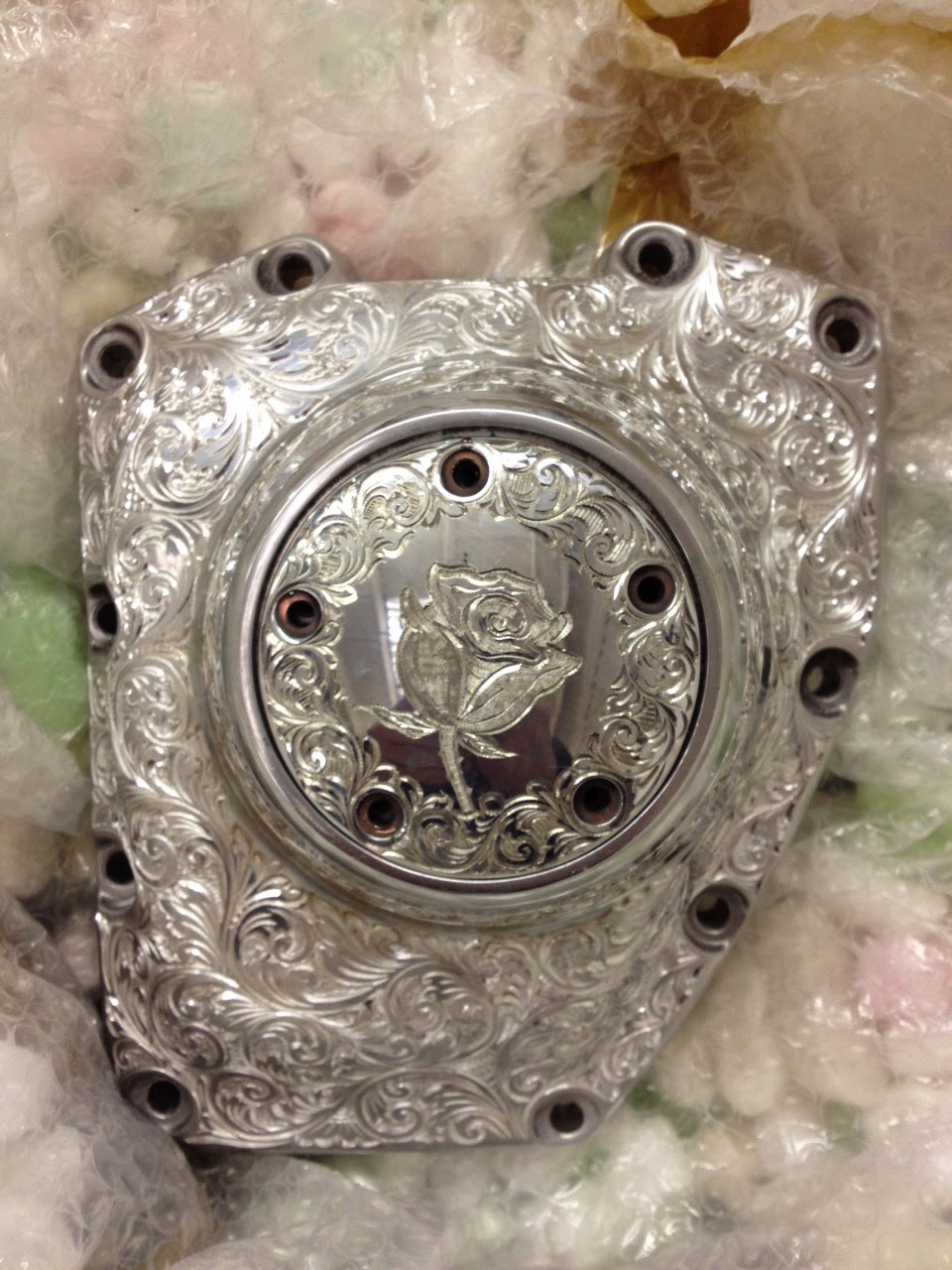 This is the bike being ridden, in St Tropez...

Okay, so what makes this chopper be able to be ridden such long distances on some of the more twisty and challenging roads in Europe? Well, first of all, you need saddlebags, which have to be completely removed when the bike is being ridden locally, or put in custom bike shows. Here is the bike being ridden on tour and note the saddlebags and you can just see another bag behind me.

The picture above shows the early saddlebags we fitted, but we soon went to the much larger stiff leather saddlebags. This video shows how we integrated fixings into the rear fender struts to allow saddlebags to to fitted….

Good suspension is vital for long-distance touring. But, it also has to look good. So, we went for DNA springers for the front-end. What is even more important to get right is the geometry of the frame right, so that the bike handles well. For this bike, we temporarily built the bike (held together with gaffer tape in places, I kid you not) so that we could check the handling before the bike was painted and engraved. Thanks to the guys at P&D, it was perfect and we didn’t need to change anything – their calculations and fabrication had been fantastic. Here is the bike in its temporary mock up form, just before we test-rode it..... 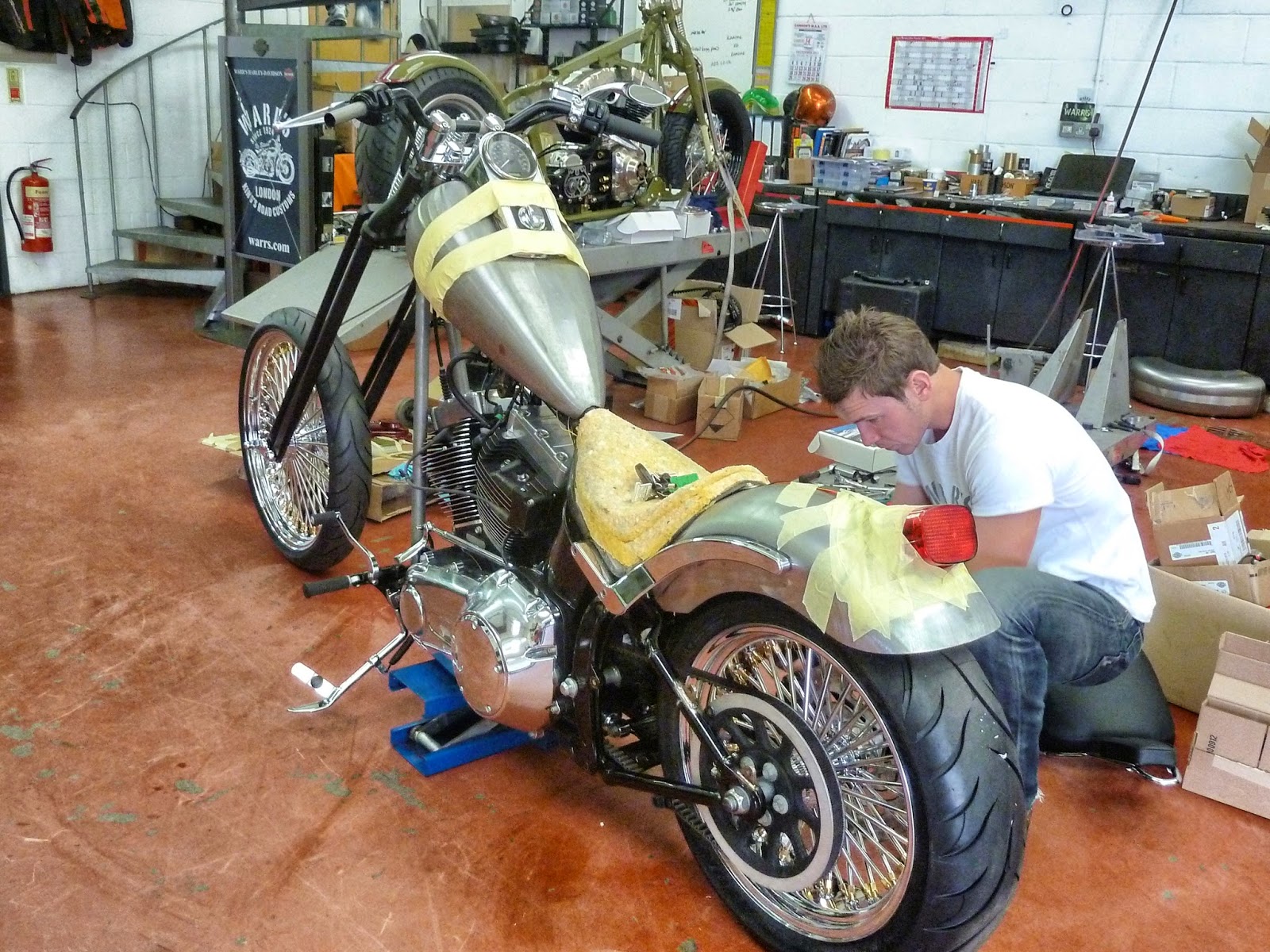 Handlebar height is crucial. If you get it too high, then your arms will ache. The rule of thumb is your hands should not be higher than your shoulders. Again, we got than just right.

So, can a chopper be used for touring? Yes, of course it can. Here is the proof…..

This is a video of the bike being ridden with a group of friends to Rome, including across the Alps. The roads get interesting from about 2:15 onwards. For most of the on-bike video shots, the camera was mounted on the chopper. From about 4:00 the video shows two of us, both riding choppers, on the 2,000 mile journey back to London. The route back included one of the highest and most twisty roads in Europe, Stelvio Pass (4:50). You will see a lot of snow next to the roads – this was in June!


This is the same bike, just before I set out to go touring in the UK, complete with a tent, sleeping bags and everything else I would need while camping…..

Then, when you have finished touring and camping, you can go for a ride with a few of your freinds..... 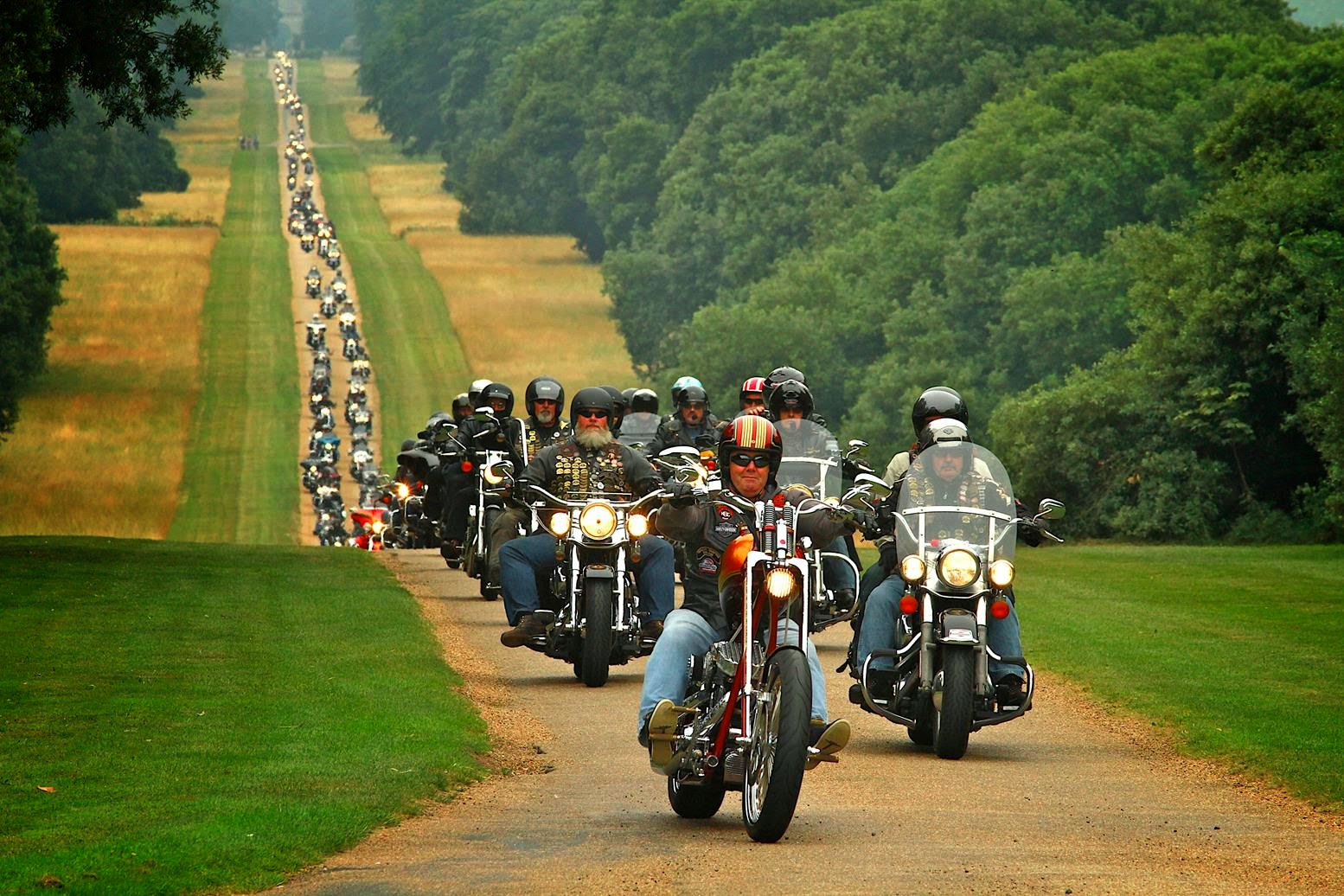 What a great and versatile motorcycle!