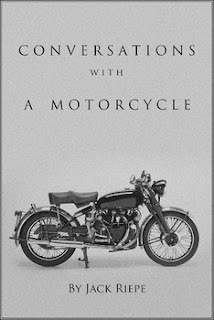 For detail of how to order the book, see Jack’s blog.
Posted by Gary France 5 comments:

Look who I met today on his way to Alaska


I put two and two together and made four. Things don’t often work out as easy as this.

I knew that Dom Chang was riding his Ural rig from Denver to Alaska and I just happened to be in Seattle. I had been reading on his blog, Redleg’s Rides, about his trip planning and his first days on the road. Wondering if our paths might cross, I contacted Dom and yes, we would be in the same place at the same time.

We met for lunch today and Dom told me about his trip, his plans, his motorcycle and it was great to spend just a couple of hours together chatting about, well, motorcycling mainly, with a touch of male life-change thrown in. 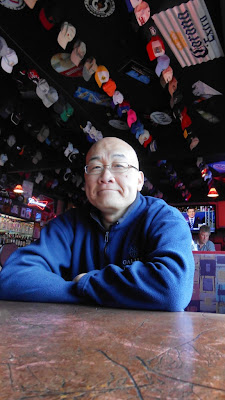 I met Dom a couple of years ago when on my own long ride in the USA and he and his lovely wife Martha put me up in their home near Denver. Apparently, my own ride sparked something in Dom, and when the time came for a change in his job, Dom decided to do a long motorcycle trip, fully supported (and maybe even suggested) by Martha.

Now ten days into his trip, Dom has relaxed and started to “look at the scenery”. From my own experience, I know that during the first few days of such a trip, your mind is buzzing with routes, plans, calculations, concerns and all sorts of other stuff that clogs the mind. Dom confirmed this was the same with him but now the fog was beginning to disperse and he was able to really start to enjoy the ride. I guess a few mechanical problems with his Russian-built Ural hadn’t helped. Those issues are now all sorted and Dom has the remainder of circa 16,000 miles to look forward to.

I like Dom. I wish I was going with him.

Have a great trip my friend. I will read your blog and follow your journey.
Posted by Gary France 13 comments:

This one involves finding a photo of your motorcycle parked in an interesting place. Post the picture somewhere (Facebook, Twitter, Blog, photo-sharing site etc) and put a link to it in the comments section below. Tell us where it is and why it is interesting. Entries close on Monday 22nd April.

I will pick my top three favourites and post them on this blog. Don’t worry about the quality of the picture, it is the place the bike is parked that should be good. There are no prizes, this is just for fun!

I will start the ball rolling…..

Taken during my 21,000 mile ride around America, I parked my motorcycle on the pavement outside the Harley-Davidson Café in Las Vegas. A policeman agreed to let me do it! 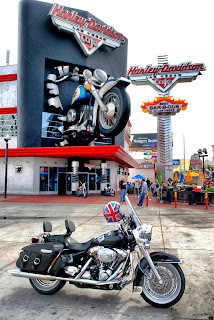 The smallest things can give a lot of pleasure.


Is it just me that takes great delight in achieving something so small, it could be seen as seemingly inconsequential?

Doing something well that is big or grand gives any of us a lot of pleasure, however infrequently that happens. It is a rare feeling when we pull something off that is very big, so shouldn’t we also celebrate the small achievements? I think so. Small celebrations are really just as important as the big ones.

Today, I had one of those small successes and it felt truly great.

Two years ago, I started looking for a fuel container to carry spare petrol (gas) on my motorcycles when touring. At two litres, the first I bought was the right size, but had a spout so small that refilling it was impossible. The next one was too flimsy. The last one I bought was too large (5 litres). It seemed hopeless, but I was determined to find a robust 2 litre container that I could fill at a regular petrol pump.

Today, that search came to an end when a delivery from Touratech (who else!) found its way into my hands. This is perfect and will fit into my panniers with ease.

So, I felt it was worth celebrating the end of a long search. A small success, but it gave me a lot of pleasure. 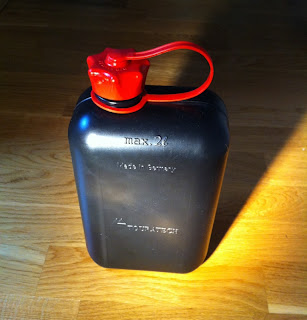