When bad customer service can leave you frustrated and angry.


Are you like me in loathing organisations that have very poor customer service and seem to not care about their customers?

I really cannot understand why some large businesses don't do a better job in dealing with the people that keep them in business - us, their customers.

We can all accept that sometimes things go wrong. When they do, we just want it put right quickly and efficiently, but here in the UK, this rarely seems to happen. All too often, when trying to get things resolved on the telephone, we are passed from one person to the next, with nobody either capable or willing to solve the problem. When this happens to me, I am left with a feeling of frustration and often, anger.

It happened today and being tired of getting absolutely nowhere, I have decided to publicly denounce the guilty party, in the hope they do actually do something to improve. Who knows, it might work.

It was Hewlett-Packard that let me down. Having nearly run out of the high quality photo print paper and urgently needing some more for a large print job, I went online and saw on the HP shop website te paper I needed was available and would be delivered the next day. That was perfect and just what I needed. About £100 / $150 of this was ordered. Sadly, it didn't arrive the next day.

Telephone calls to HP were made and the farce started.....


Does this sort of chaos and disorganisation sound familiar?

What is really silly is I must have been speaking to the various HP staff members for about 45 minutes in total. In that time they achieved precisely nothing, but if just one person had tried to help, it would have taken far less time than that to actually solve the problem. Lets remember this is an IT organisation, so they really should have the systems in place that give their staff the information they need to help their customers. It is purely down to training and attitude.

Sadly, this is depressingly all too common with UK businesses. There are notable exceptions, but they are rare. Quite when and how things will get better is difficult to see. What is important though is than organisations like HP actually try. I wonder if they really do want to improve?

UPDATE 30 November - despite HP first saying the product would be delivered the next day, then saying it would be over two weeks, I drove around my area and found the product I urgently needed.  Those buffoons at HP just sent an automated email to me saying the product has been despatched.  What good is that to me now?  I have already gone and found it elsewhere!  I despair of organisations like this.
Posted by Gary France 16 comments: 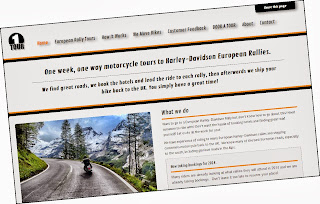