Gary and Nadine, plus the Real South Park

When I was working on the London 2012 Olympics, I made friends with a guy called Gary who lives in Parker, just south of Denver. I knew Gary was in town, so the decision to go see him was no decision at all really!

I spent a couple of nights with Gary and his wife Nadine. The first evening we chatted, mainly about working together and just simply catching up on what each of us had been doing for the past 18 months or so since we last saw each other.

This is Gary and Nadine.... 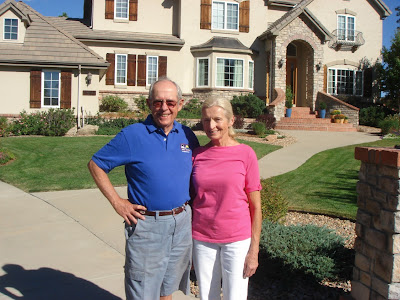 Like me, Gary is retired, but we went to his office as he had a couple of things he needed to do there and I said hello to some of his colleagues, one of whom, Randy, I knew from the Olympics project.

In the afternoon we played golf. I haven’t played golf for a long time and it was really good to get out on a course again. My game had of course gone to pot many years ago as I think I have played about on average every one game evry two years, so I was rusty to say the least!

Here is Gary about to give the ball a good wallop.... 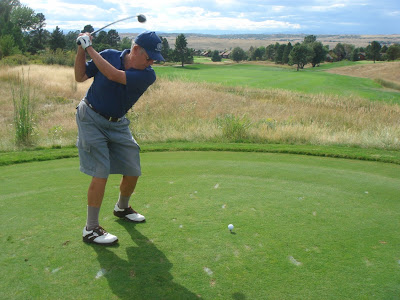 That evening we went to dinner with another ex Olympics colleague, Fred Long. It was terrific to talk about things that had happened and people we had met on that project, and Nadine took all of this work talk in good spirit.

I really enjoyed seeing Gary and Nadine. I was really pleased they were at home at the time I was passing through. Thank you Gary and Nadine for your friendship and hospitality.

Before I left them, on hearing of my route, Gary and Nadine suggested I go see South Park, next to Fairplay in Colorado. Now, I didn’t realise it until just now when I looked it up, but apparently Fairplay is the basis for the television series, South Park. I would have looked at the town with different eyes had I known that at the time!

According to Wikipedia, A historic gold mining settlement, the town was founded in 1859 during the early days of the Pike's Peak Gold Rush.

On one side of the town is “South Park City” – a reconstructed 1880’s Gold Mining Town, which has been opened to the public since 1959. I was surprised at the scale of this place as I was expecting just a few buildings, but it is a comprehensive museum type setting with many genuine articles from the time. I enjoyed walking around and having a look at what was there.

I will let the pictures I took do the talking.... 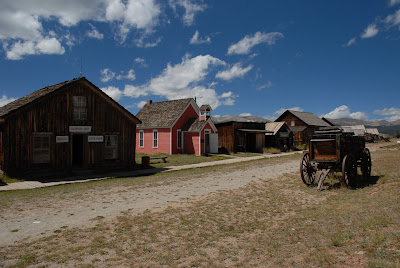 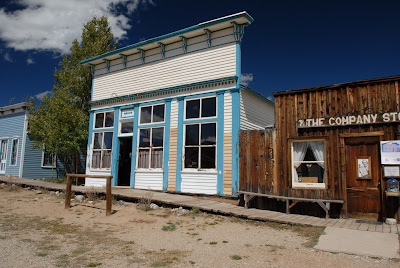 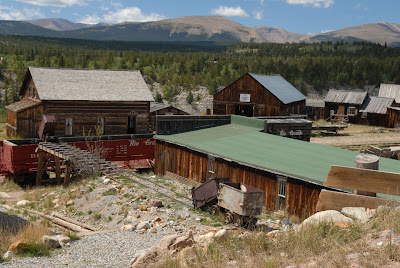 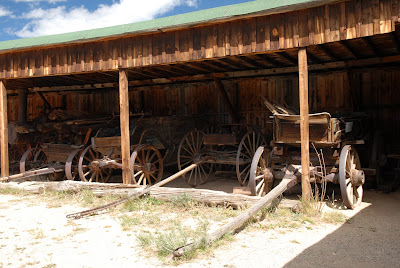 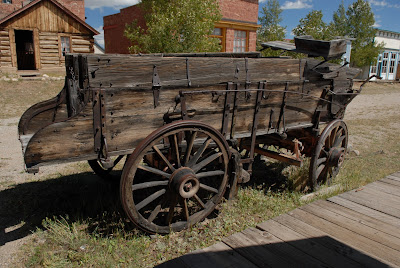 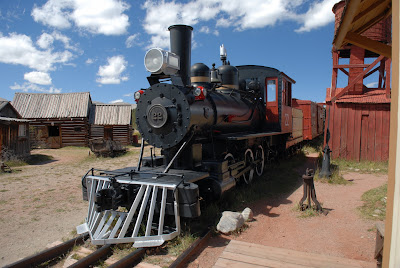 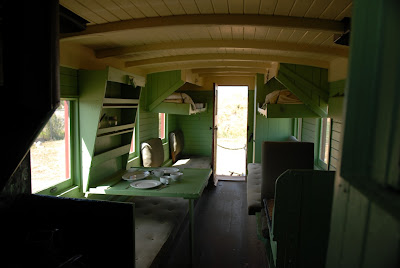 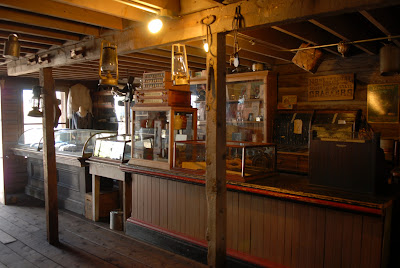 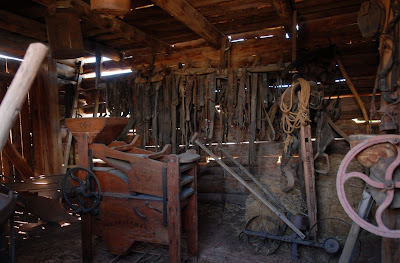 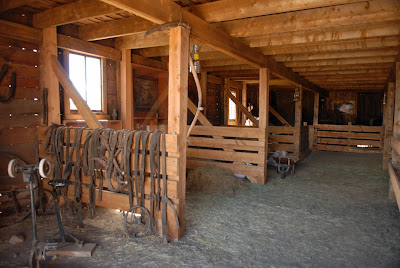 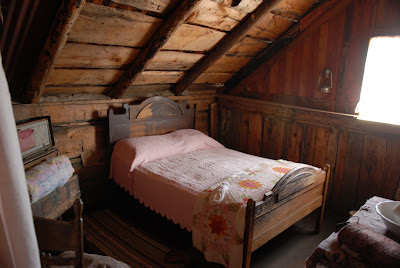 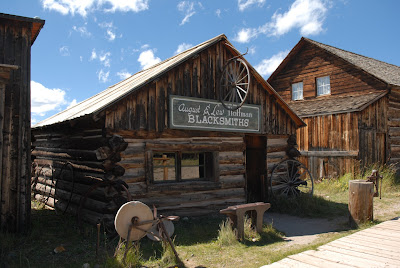 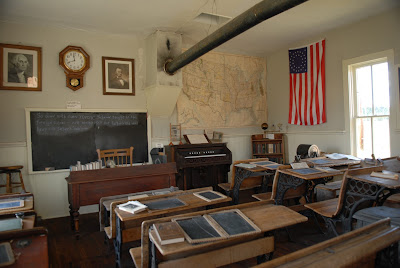 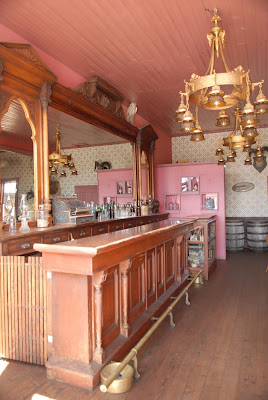 Worth a visit? Yes, if you are in the area.

I have ridden over a few quite high passes in the last day or so, but they are not terribly exciting. These are almost straight up and down type roads that do not contain many twisty sections. Kenosha Pass is high at 10,001 feet, Red Hill Pass at 9986 feet and Wilkerson Pass at 9502 feet. The views are good from each, but riding these is nothing to write home about!
Posted by Gary France

I have ridden around the Fairplay area, but never stopped at South Park. Looks like I will need to the next time I am in that area.
Glad all is going well.
Can't wait to read your impression of Ouray, Silverton and that area.

Wow it is great you visited with old friends Gary. I'm liking South Park. My favorite photo is the school room!
Ride on!

Oz – If you are in the Fairplay area, then South Park is worth going to see. As a foreigner, I found it fascinating to see a lot of your history. It was good to compare what I thought of the period against what it was actually like.

Eve – I too liked the schoolroom, but there was so much that there was to learn about many aspects of life in a gold-mining town.